I've been very silent on this blog lately. Sorry about that! The reason is that I'm working hard on a new book, Grokking Bitcoin. The book will be published on Manning Publications during spring 2018.

This book is a very technical book, intended primarily for technically interested people that are not necessarily software developers. The overall goal with the book is to give the reader a platform on which she can decide whether to trust Bitcoin or not. If this goal is reached, the reader will easily also grasp more simple things, not covered by the book, like installing a wallet app and what buttons to click to make a payment.

The book will start from a very simple spreadsheet based payment system that everybody can understand in a few minutes. From there we will resolve problems, one or a few at a time, by applying Bitcoin technologies. The end result will be the Bitcoin system. This approach was selected because it's very hard to explain one part of Bitcoin without first explaining the other parts. The cognitive load would simply be too overwhelming.

We will walk you through hard topics with rich, highly annotated, diagrams based on concrete examples. To give you a feel for the tone in the book, I'll show you a typical diagram from chapter 4 that covers Bitcoin wallets. This diagram is the introduction diagram for hierarchical deterministic wallets, HD-wallets. 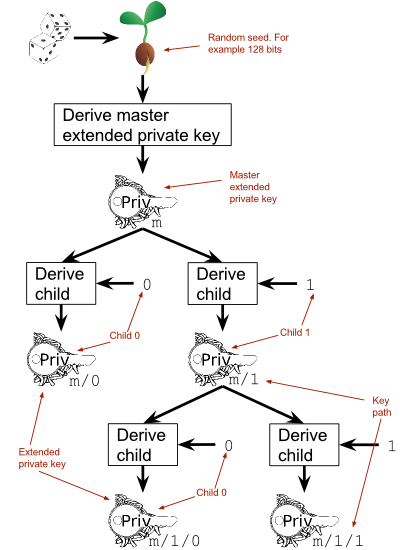 We will explore each process in this diagram further with zoomed-in diagrams that provide more insight into what's going on. For example the child derivation function is illustrated like this: 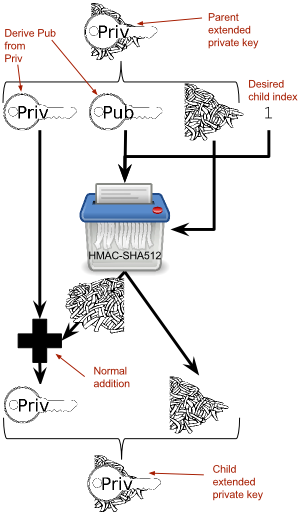 As you can imagine, this is a pretty ambitious project. I'm working closely with the good folks at Manning to get the pedagogics right. The book will be part of Manning's "Grokking" series. The Grokking series puts the bar very high when it comes to illustrations and concrete examples. I don't count time in hundreds of hours, but in thousands.

The first three chapters are now available as a "Manning Early Access Program", MEAP, at https://www.manning.com/books/grokking-bitcoin. If you are interested in this book, I sincerely ask you to join the MEAP. You can use the promo code mlrosenbaum until May 31 to get 50% off.

This book will be released open source no later than three months after publication. We will use Creative Commons Attribution-NonCommercial-ShareAlike 4.0 International.

I hope that you will find this book interesting and useful.