<< Part III | This is Part IV of a multi-part series on Bitcoin block propagation with IBLT. | Part V >>

Failure probability will increase when we squeeze more differences into the IBLT. Basically, I want to answer the following question:

How will failure probability increase when differences increase?

Ladies and gentlemen, we have a result: 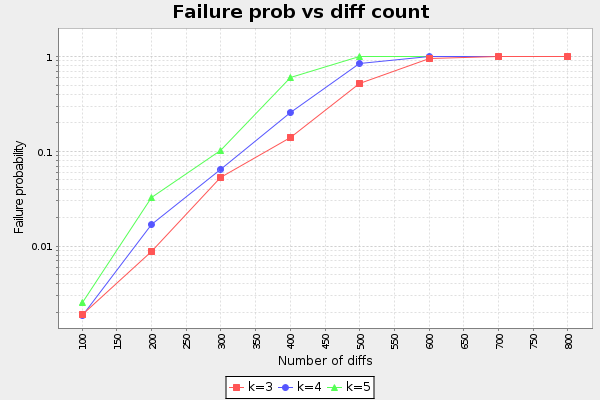 We can observe at least two things:

Observation 1 was what we expected. Good!

In Part V we will use Rusty Russell's corpus data to simulate real blocks in today's network.